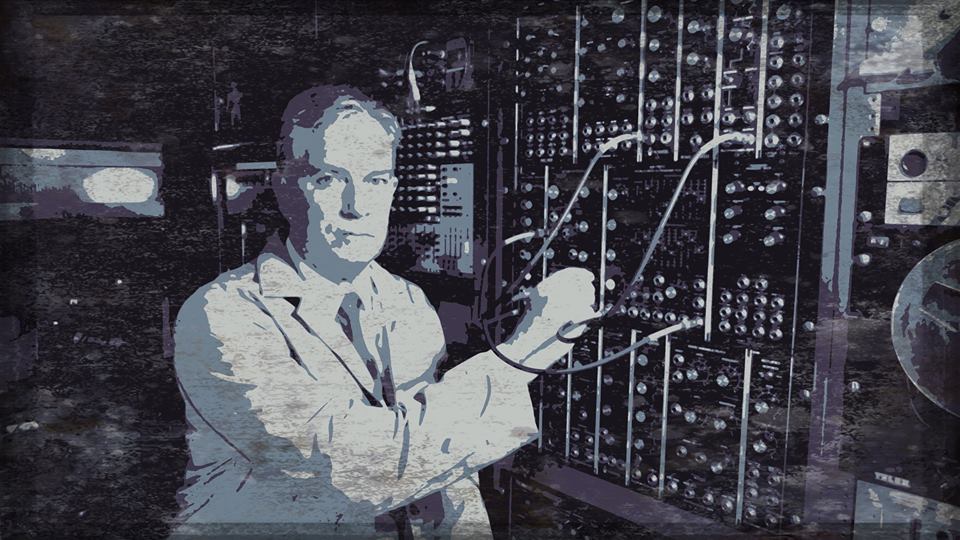 Atomic Shadows’ sonic sculptures conjure the sound of yesterdays’ world of tomorrow. Utilizing an array of vintage electronics, modular synthesis, software and effects, the esthetic of classical electronic music is brought in to the modern world. His work is at times whimsical, beautiful, or horrifying. Yet it always rewards the deep listener with layers of intricate and thoughtful composition and sound design. 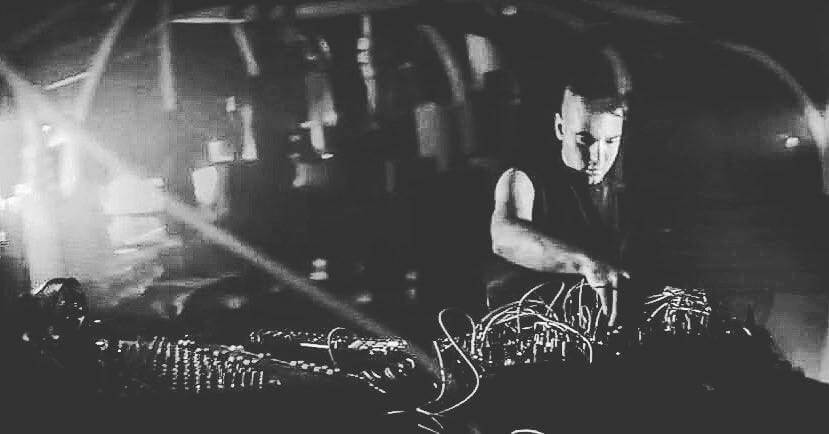 Blush Response is Joey Blush, a cuban-american artist and sound designer hailing from NYC who now resides in Berlin. Blush cut his teeth doing programming work for artists such as Fear Factory, Rhys Fulber, Cristian Castro, and as a touring member of Joey Jordison (Slipknot)’s alternative rock project Scar the Martyr. A fascinating, vibrant new artist, frequenting the outer realms of post punk, industrial, techno, you-name-it and has a plethora of releases on cd, vinyl, digital and even cassette tape format to date on labels like Aufnahme + Wiedergabe, Ant-zen, and Total Black. 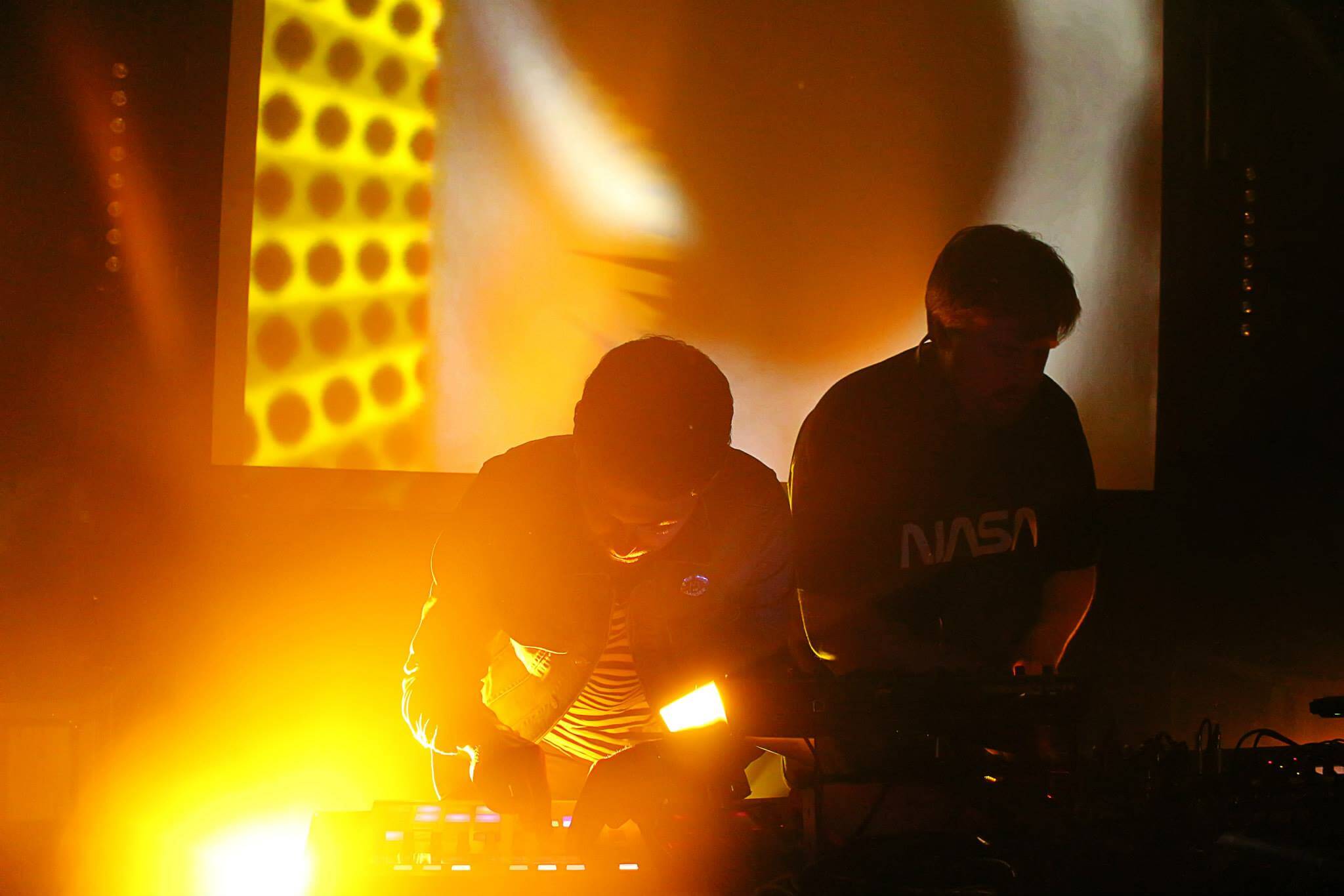 Conformance is a french duo created in 2015 by Theo and Goldthwait alongside their respective project.

Their singular approach to making music is led by the use of drum machines, samplers, modular synths and weird FX treatment where randomness plays a big part, making each live performance a unique piece.

They gathered under the same leitmotiv: producing a strong and heavy, industrial music. “Traces to nowhere” (BackSpin Records), their debut EP released in spring 2016, found huge support from all around the World, and their forthcoming releases on Dead Cert. and Vielspass will finish to convince. 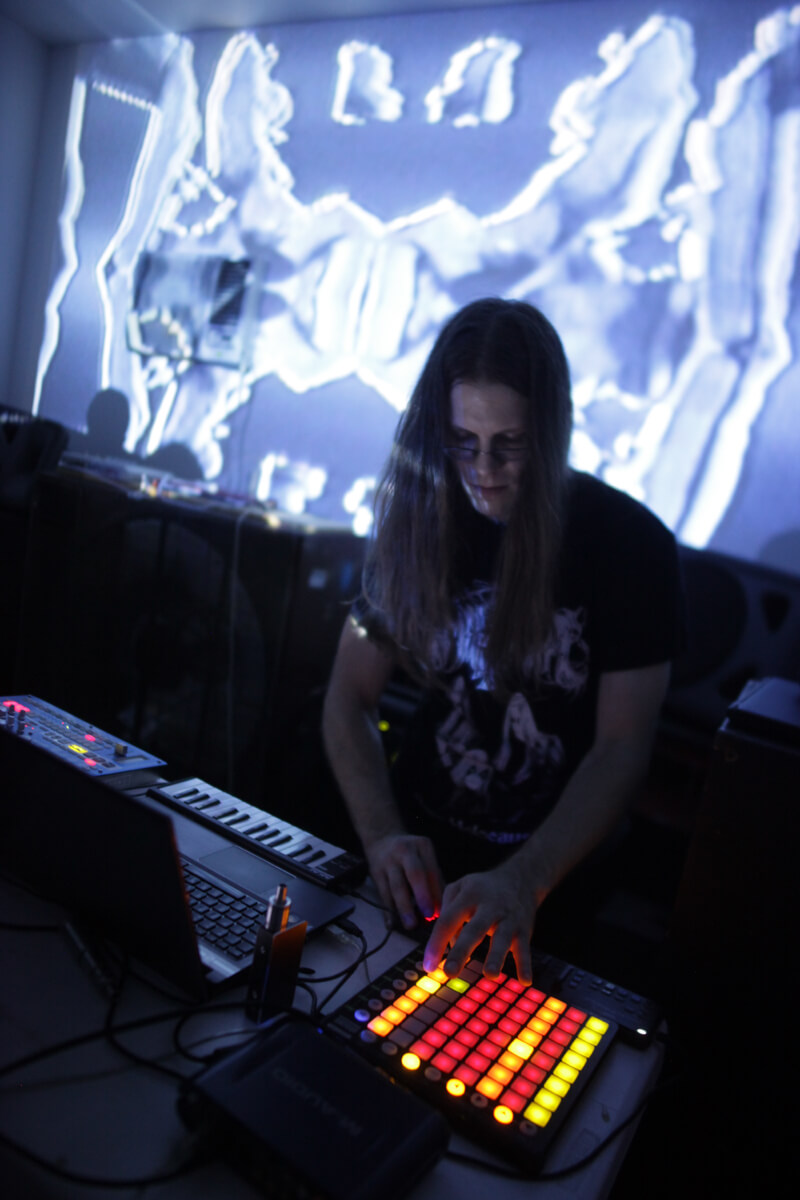 Daed is an electronic musician and sound designer from Houston, TX. He focuses heavily on the creation of abstract, other-worldly sounds as exemplified by his work with Glitchmachines and Inear Display.

He is firmly establishing himself with releases on Mozyk, Aleph9, Illphabetik and 141414. 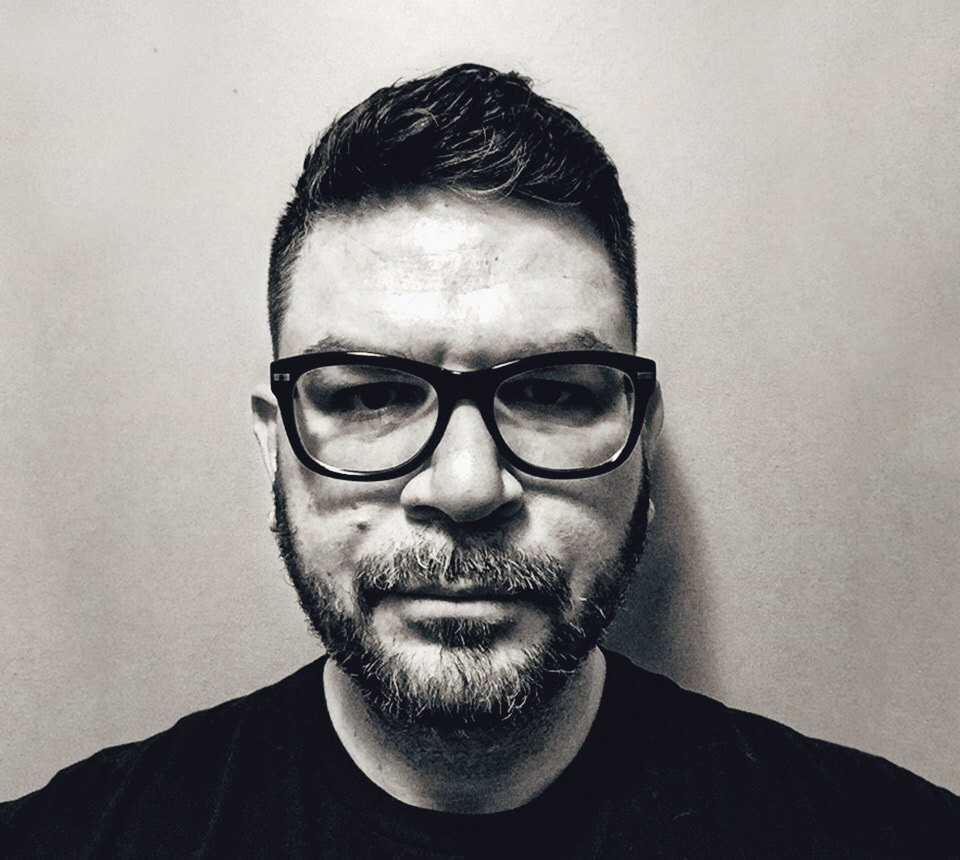 Ivo Ivanov is a seasoned sound designer and electronic musician with over 20 years of experience. He is best known for his vast creative contributions to Glitchmachines, where he is the Founder, Creative Director and Lead Sound Designer. In addition to running Glitchmachines for over a decade, Ivo has also worked with numerous creative audio companies such as Ableton, Native Instruments, Tiptop Audio, SoundMorph, Twisted Tools, Inear Display and K-Devices. 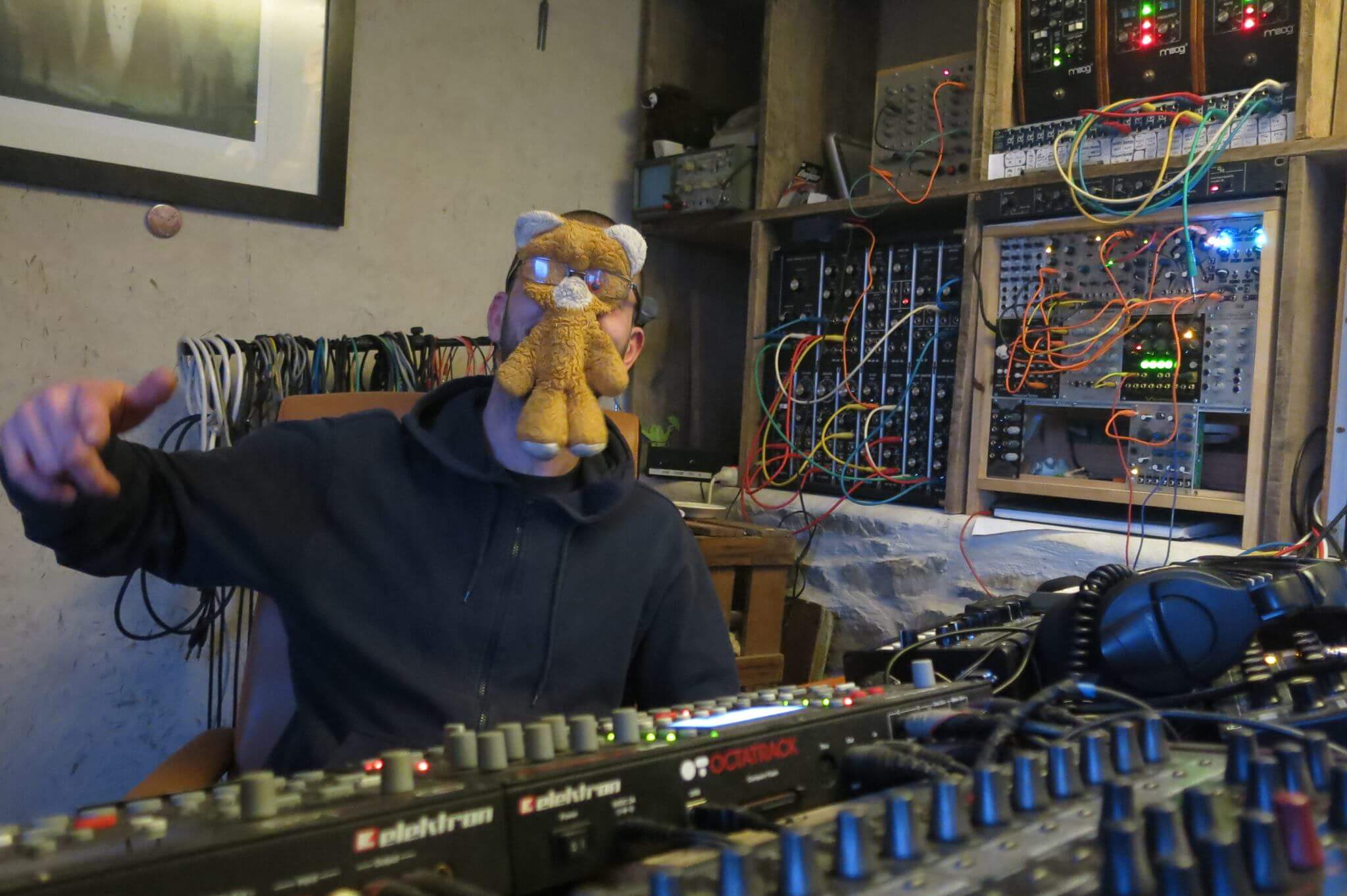 Lingouf is an ultra prolific french artist, member of the multidisciplinary collective Otolythe, currently releasing on the mythical german label Ant-Zen. He has mastered improbable musical combinations based on explosive deflagrations and sonic experimentations at the junction of electroacoustic and hardcore. 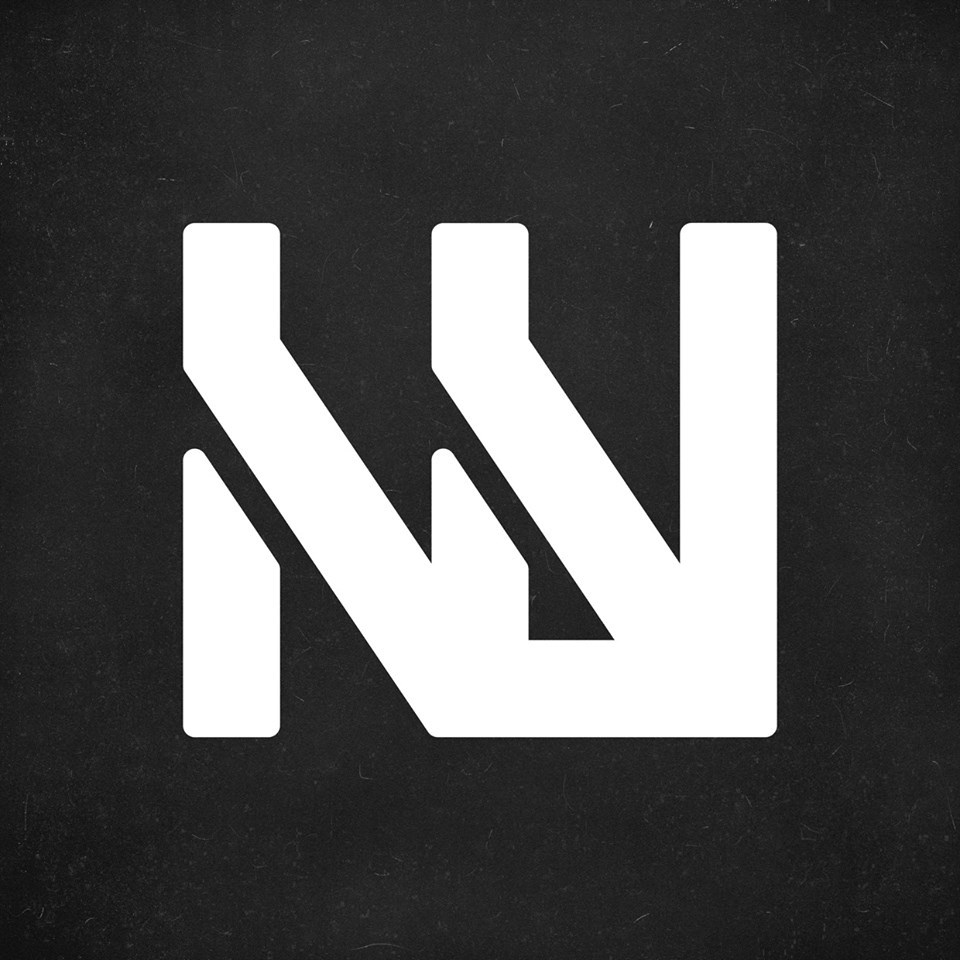 Nicholas Yochum is a Sound Designer and Graphic Designer with Glitchmachines and SoundMorph.

Aside from working closely with Glitchmachines, Nicholas has applied his unique brand of abstract and futuristic sound design in projects with a growing list of creative audio companies such as Inear Display, Twisted Tools, Zenhiser, and Sound Guru. 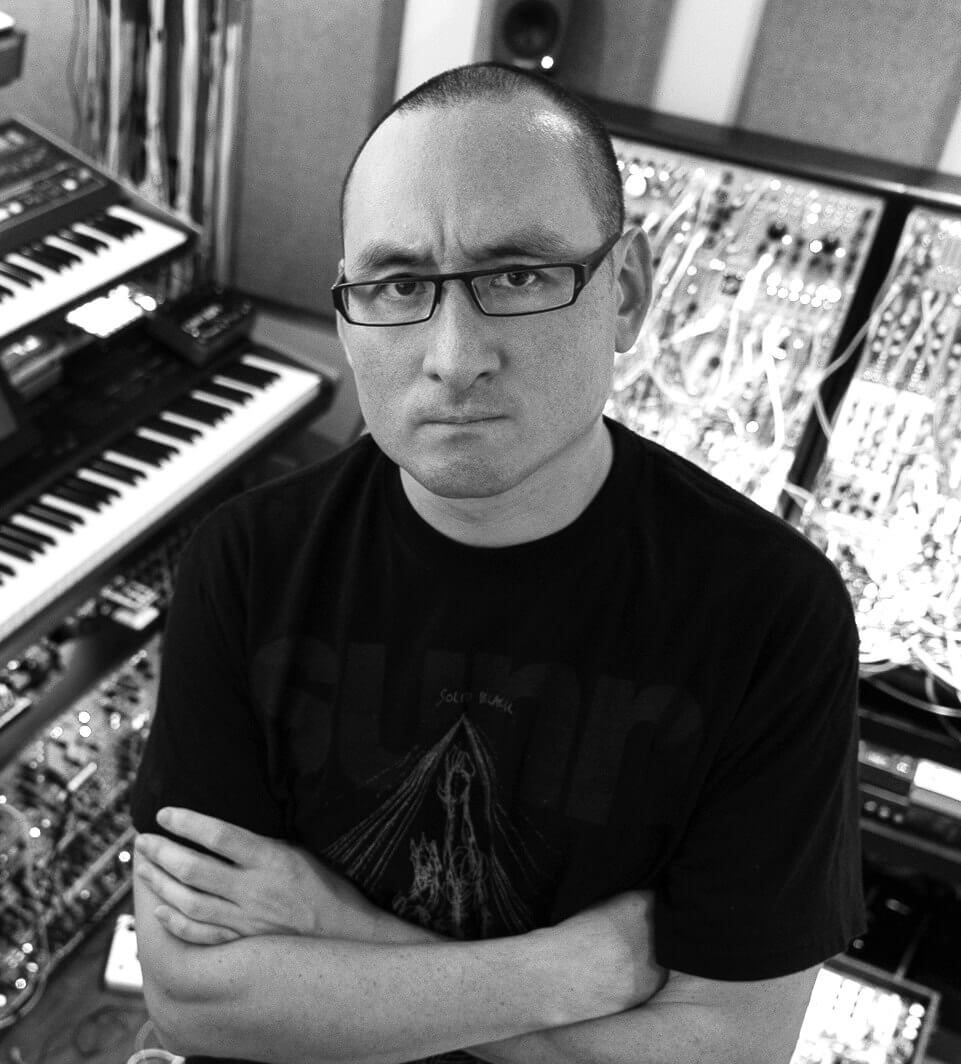 Richard Devine has remixed top Warp artists like Aphex Twin and Mike Patton (Faith No More). He has released 5 full-length albums on Schematic, Warp, Asphodel, Sublight records, and Detroit Underground and has performed his own ear-tearing music mayhem worldwide.

In 2007 he signed a deal with Sony Media to release his first two Sound Effects libraries, “Pulse” and “The Electronic Manuscript” which won 2009’s best sample library by Remix Technology Awards. in 2008 Richard launched a new sound design company “Devinesound” which was nominated the Cannes Lions Award for the sound design work on the interactive web site for Microsoft Gaming division-Halo Believe Campaign. 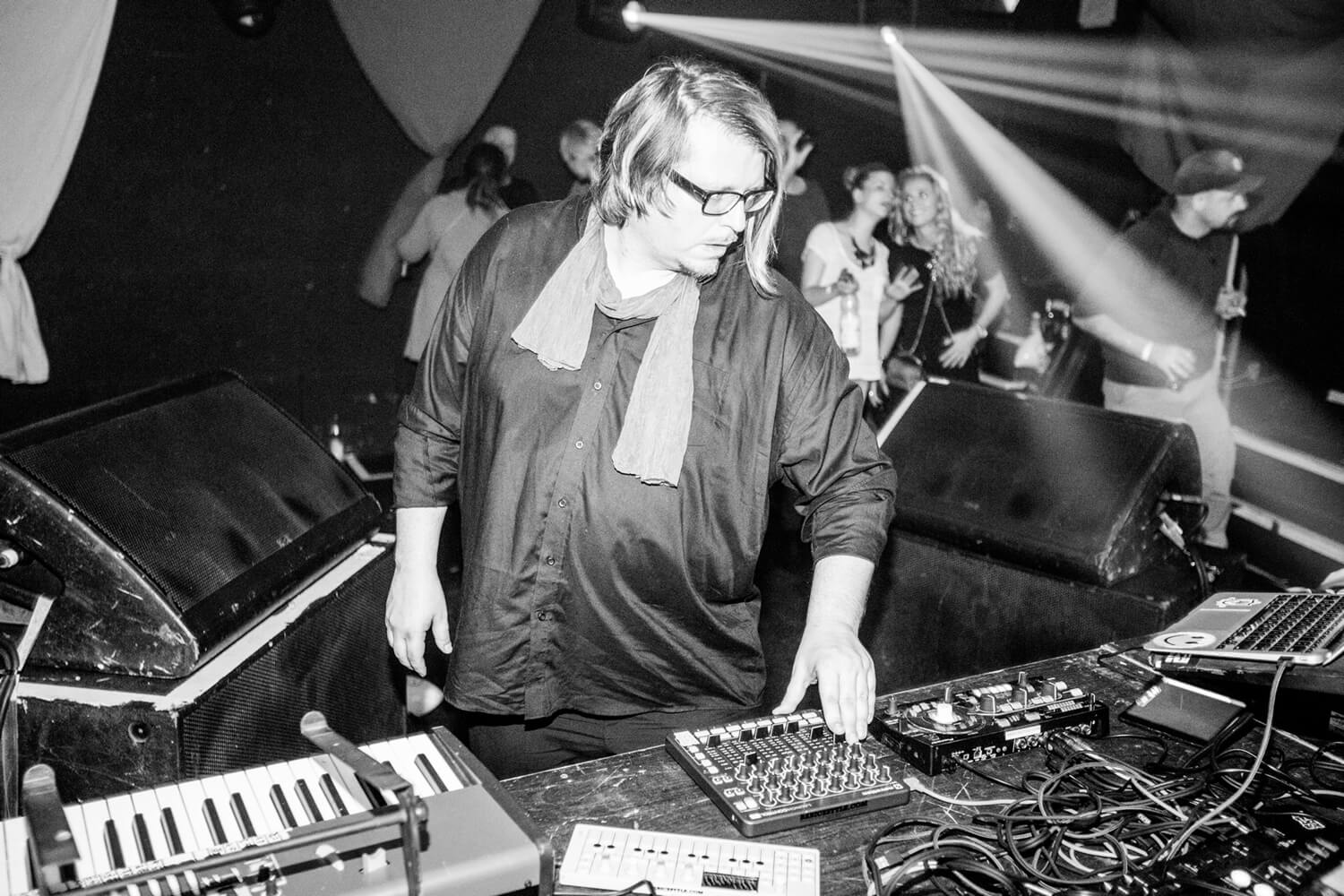 Robert Babicz has been redefining the boundaries of electronic music since the early 1990s. His unique artistry encompasses sound, vision, emotion and spirituality.

From releasing and performing acid techno as Rob Acid, to his role as a highly-sought after producer and studio wizard infusing technical perfection with deep emotion, to his striking photos, everything Robert does expresses his desire to celebrate beauty and humanity, and to live each moment with utmost consciousness.

Robert’s art and philosophy are so distinctive there’s a word for it: Babiczstyle.

The brothers John and Paul Healy, collectively known throughout the world as Somatic Responses, are still native residents of a small ex-industrial mining community snugly located in the southwest region of Wales. 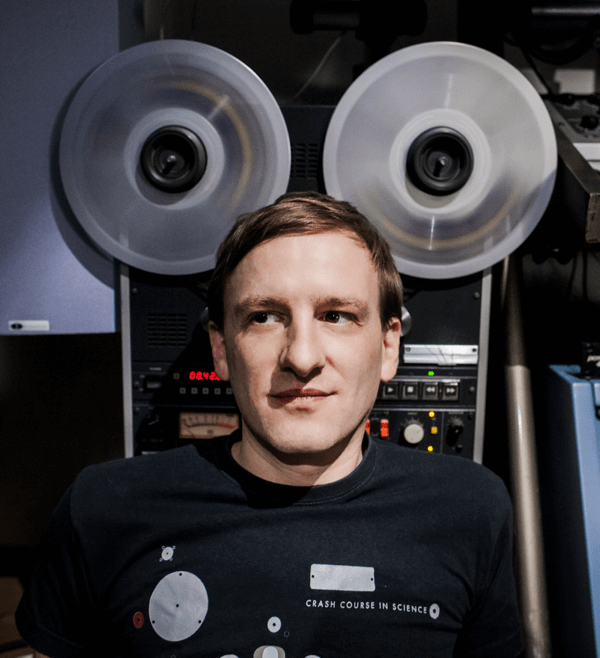 Highlights : Released on Planet-Mu and Schematic. Remixed Death Grips, Richard Devine and Jean Jacques Perrey. Made sound design for Samplephonics and Glitchmachines. Makes risky mastering moves on other people’s music. And is running his own fabulous label BedroomResearch. 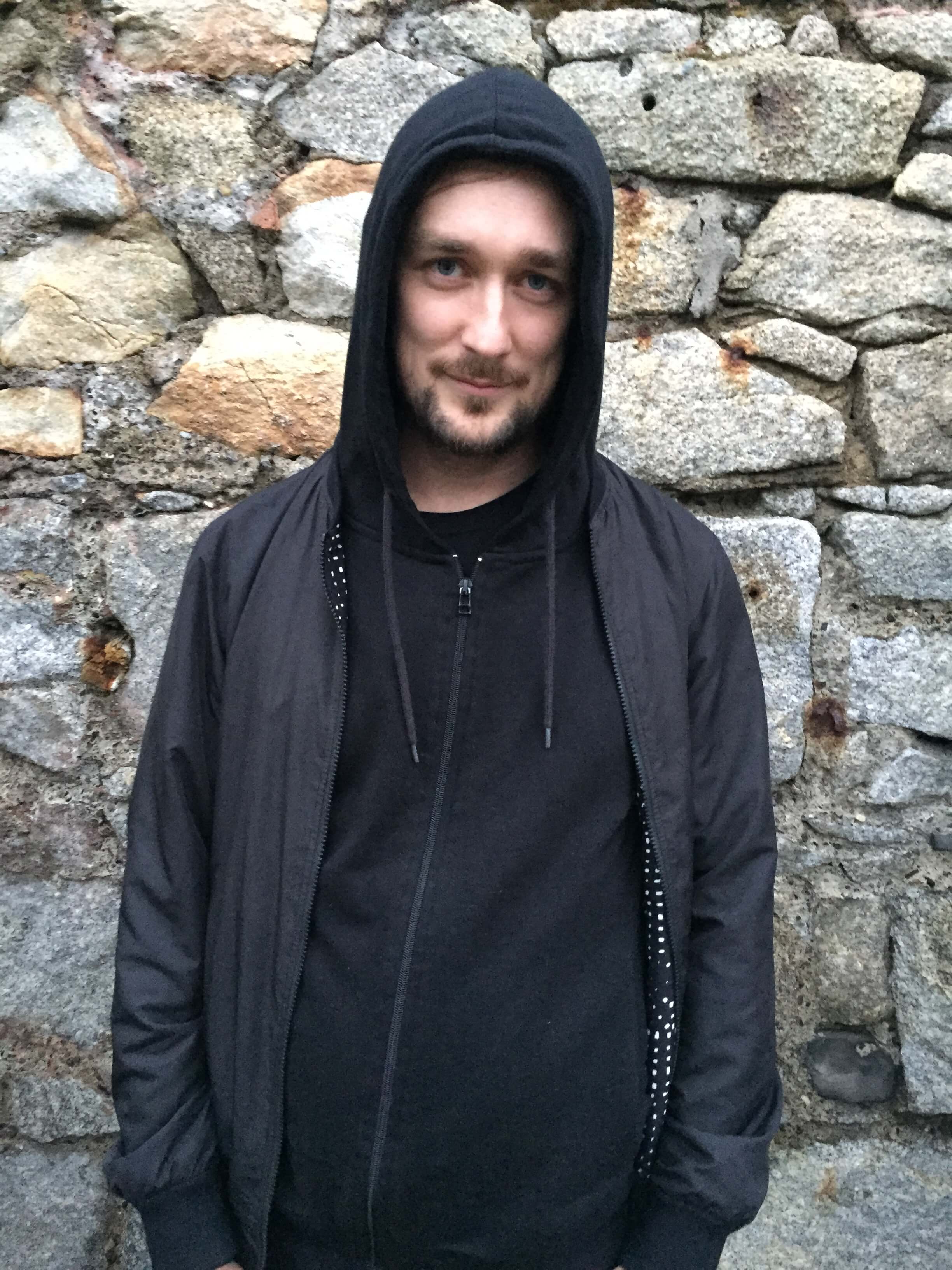 Swarm Intelligence is quickly building up a name for habitually reducing darkened basements to ruins. Blending ambient, rhythmic noise and industrial sounds with broken rhythms, he has captured the attention of techno and noise fiends alike.

From droned-out ambience and densely layered field recordings, right through to distorted beats and industrial-edged basslines, Swarm Intelligence has honed his sound over releases on Invisible Agent, Stasis, Acroplane, Acre, Ad Noiseam, and most recently Voitax Records, where he just released his latest 12" called “The Lighthouse”.

His live set is a fearsome mix of clattering drums, snarling, abrasive distortion and dissonant textures and has seen him perform at a wide variety of events - from the infamous Maschinenfest to Boiler Room. 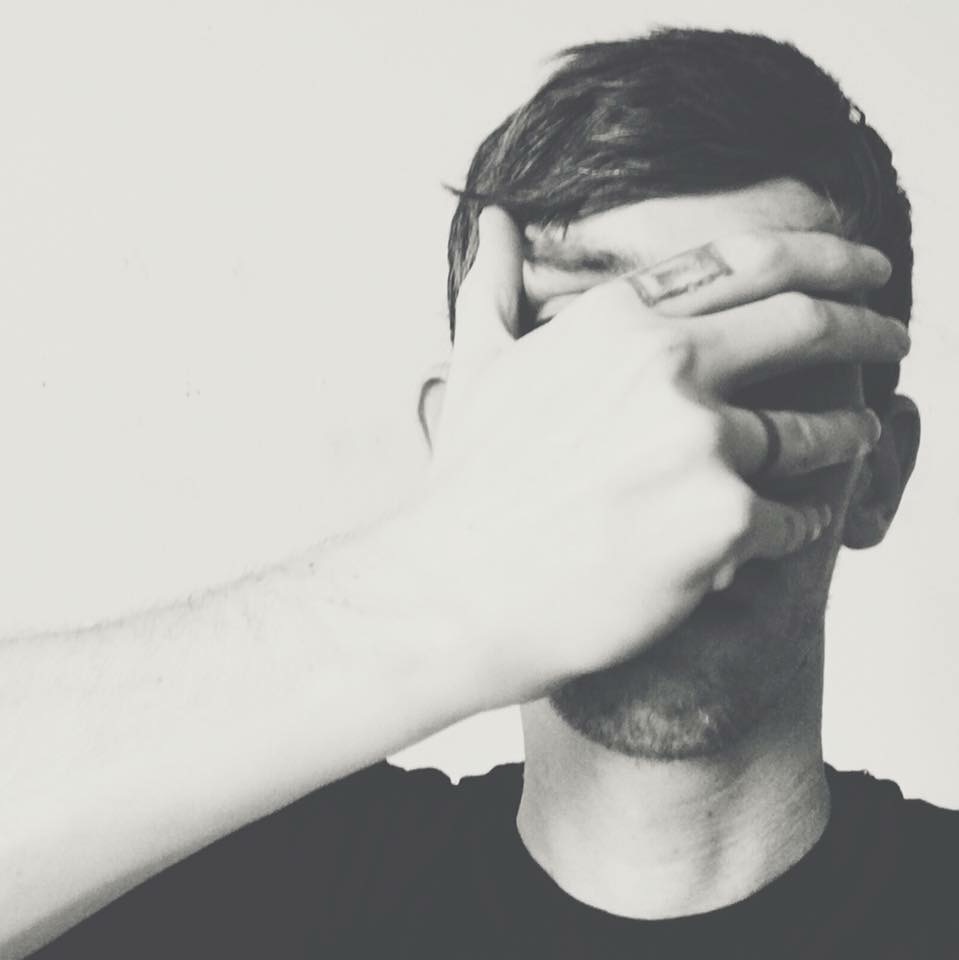 Ted James Butler is a sound artist and musician actively recording under the name Head Dress. He hosts the long running cassette-based underground and experimental music podcast, Norelco Mori. In recent years, he has contributed sound design to both Arturia and Inear Display’s software instruments and effects.

Employing the use of guitars, fixed and modular synthesis, heavily processed vocals, an arsenal of drum machines, samplers and a liberal use of archaic recording techniques, Butler’s sound is characteristically hard to pin down. Recent Head Dress releases can be found on such labels as Denmark’s Phinery Tapes, Spain’s Cønjuntø Vacìø, as well as Black Horizons and Spring Break Tapes in the US.

Originally from the city of Providence, RI, Butler now lives and works in Los Angeles, CA. 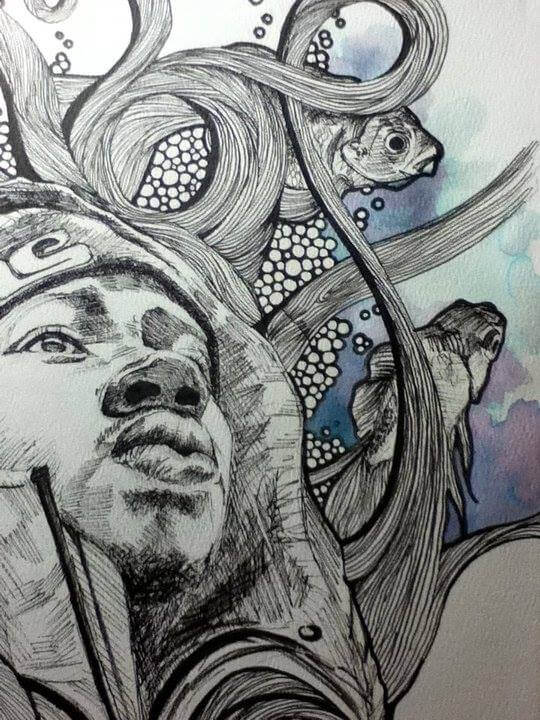